Real Madrid has been named the most valuable football club brand in the world for the third consecutive year.

In the report, Brand Finance notes that Real Madrid “has consistently been able to secure Champions League qualification year after year. This consistent influx of Champions League revenues and status has played a central role in the club’s overall success”.

READ:  List of all the popular Ashawo joints in Accra and how much they charge leaks on social media 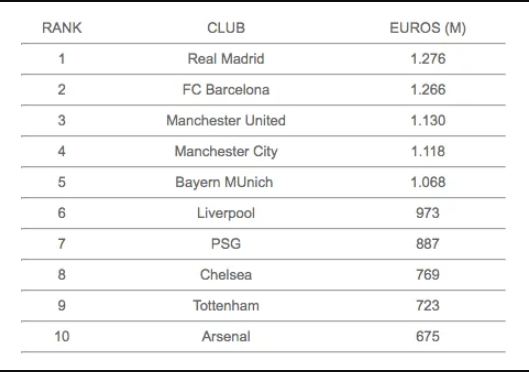