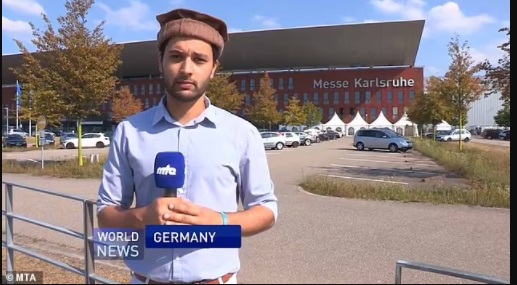 Some armed robbers have shot dead a British journalist.

The British journalist and staff of Muslim Television Ahmadiyaa International (MTA) was shot and killed during an armed robbery in Ghana.

Syed Taalay Ahmed, 31, was reportedly ambushed along with a Ghanaian colleague while driving near the city of Tamale on August 23 at about 19:00 local time.

After opening fire on the pair, the robbers took their money and some of their possessions before getting into a gun battle with police, who shot two of them dead.

Four others were arrested, according to a press release signed by Ghanaian police.

Mr. Taalay Ahmed and Umaru Abdul Hakim, his Ghanaian colleague who was also shot in the attack, where rushed to a nearby clinic before being taken to the Tamale Teaching Hospital.

Mr. Taalay Ahmed was declared dead a short while after arriving there and his body is due to be repatriated on Wednesday. Mr. Hakim survived the attack.

It was revealed in the press release that the suspected perpetrators of the attack were allegedly involved in some robberies and murder cases along the highway in which Mr. Taalay Ahmed was targeted.

The London-based network paid tribute to Mr. Taalay Ahmed following the news of his death, describing him as ‘a bright and creative journalist who worked on a number of documentaries ranging from football to faith.’

‘He was a much-loved member of the MTA team and produced a series of faith-inspiring documentaries and programmes,’ a spokesman said.

‘We will miss him every day and strive to build upon the great work he did.’

Mr Taalay Ahmed, who studied journalism at the University of Sunderland, was in Ghana filming a documentary that ‘highlighted the charity works conducted by the Ahmadiyya Muslim community,’ the network said.