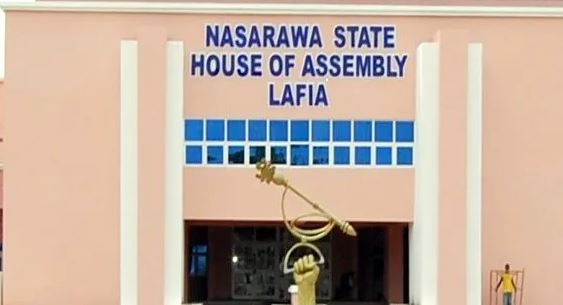 The Managing Director, Access Bank PLC, has been summoned by The Nasarawa State House of Assembly to explain the delay in payment of contractors handling various State Universal Basic Education Board (SUBEB) projects in the state.

Mr Daniel Ogazi, the Chairman House Committee on Education, stated this when the management of Nasarawa State Universal Basic Education Board appeared for its 2021 Budget Assessment in Lafia on Thursday.

Ogazi, who is the Deputy Majority Leader of the House, lamented that the legislature was worried about the myriad of petitions it was receiving from contractors handling SUBEB projects in the state over the non-payment.

Ogazi said: “After many of them had completed their works, with others having theirs reaching various stages of completion.

“Many of the contractors collected loans, some collected personal loans from individuals where they are to pay back 20 percent interest monthly, aside from the increase in the costs of construction materials in the market on daily basis.

“Many of these constructions have reached different stages of completion and the works have stopped and with the rainy season now affecting the structures.”

He lamented that the bank’s action has also put the state in a bad image before the world, that it did not honor its commitments to contractors.

“They do not know that the fault is from the bank who have decided on the reasons best known to them to keep our money.

“And be making high profits from it to the detriment of the government and the people of the state.

“It is on this note that we are inviting the MD/CEO of Access Bank to appear before the House on Wednesday, 8th September 2021, to explain to us in detail what is happening with the state’s money in their custody.

“We have paid our counterpart funds as a state, the money has been lodged in the bank, why are they keeping it?

“They are unnecessarily subjecting the state and contractors to hardship, leaving our school structures in bad shape, and now the rain is destroying them.

“I want to call on the contractors to be patient, the House will protect their interests and their money is guaranteed,” he said.