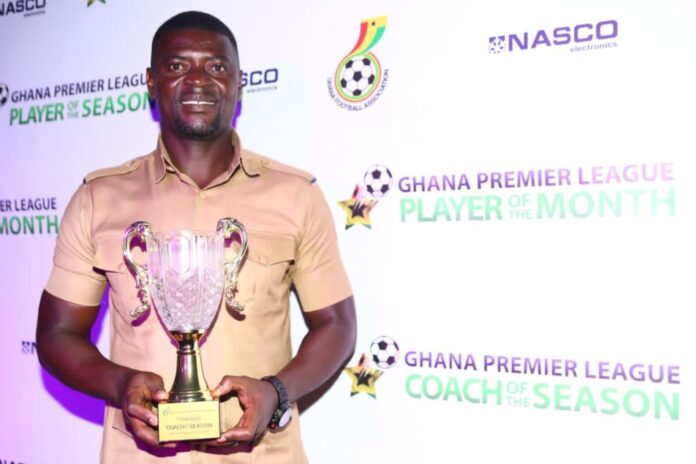 The duo were in instrumental in Hearts of Oaks outstanding performance this season that saw the phobian cub win a double of the Premier League and FA cup. 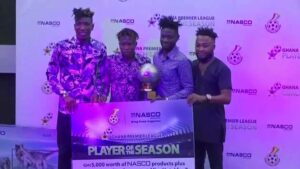 Samuel Boadu received a shopping voucher worth GHc8000 and a personalized trophy.

Ibrahim Salifu received GHc5000 shopping voucher, an all expenses paid weekend stay at the Alisa Hotel and a personalized trophy.