Mental health advocate and Tv3 Presenter, Nana Abena Korkor Addo, has finally come out to responded the lies made by her colleague Giovani Caleb on the Delay Show.

A few weeks ago, Giovani Caleb was interviewed on the Delay Show and was questioned if the rumours about him sleeping with Abena Korkor was true.

According to Giovani, it was never true something happened between him and Abena Korkor.

He further added that they were only friends.

Well, Abena Korkor has finally spoken up sharing a video and a long post to reply Giovani Caleb.

According to her, she never lied about anyone neither did she make up stories.

READ:  Cardi B Gets Honest About Her Finances And How Much She Makes From Her Deals

She added that most of the men who came to her knew her condition but they were only interested in enjoying her Tonga more than paying attention to her mental health. 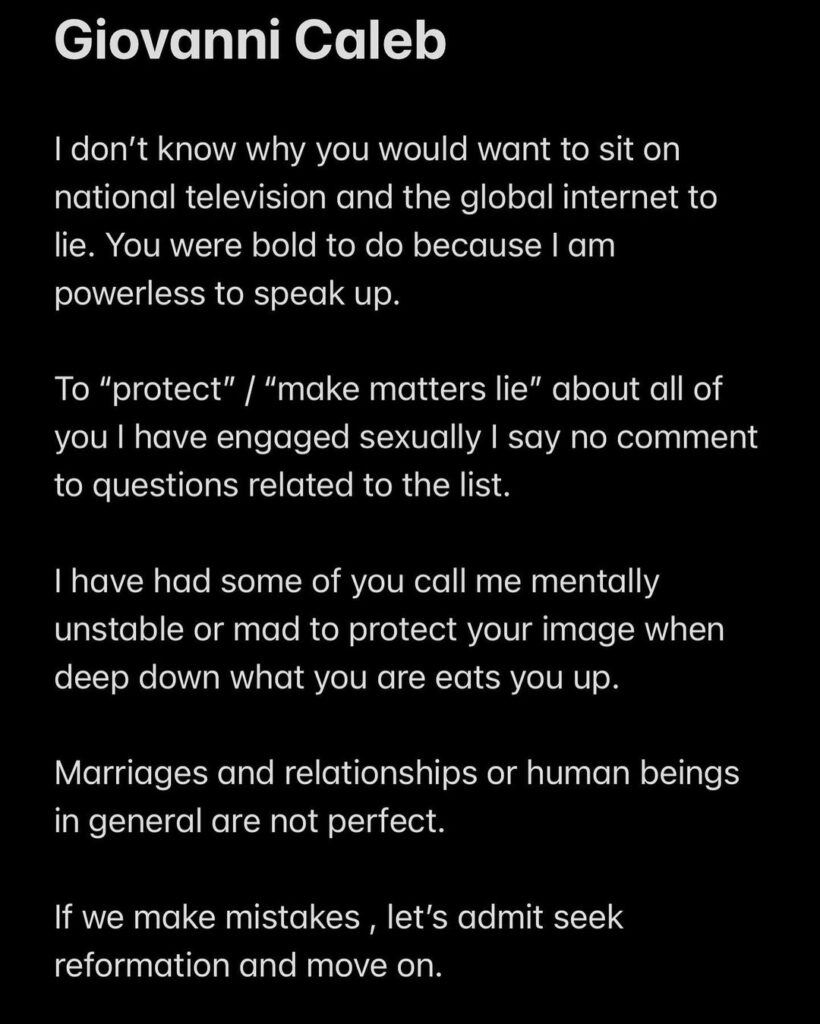 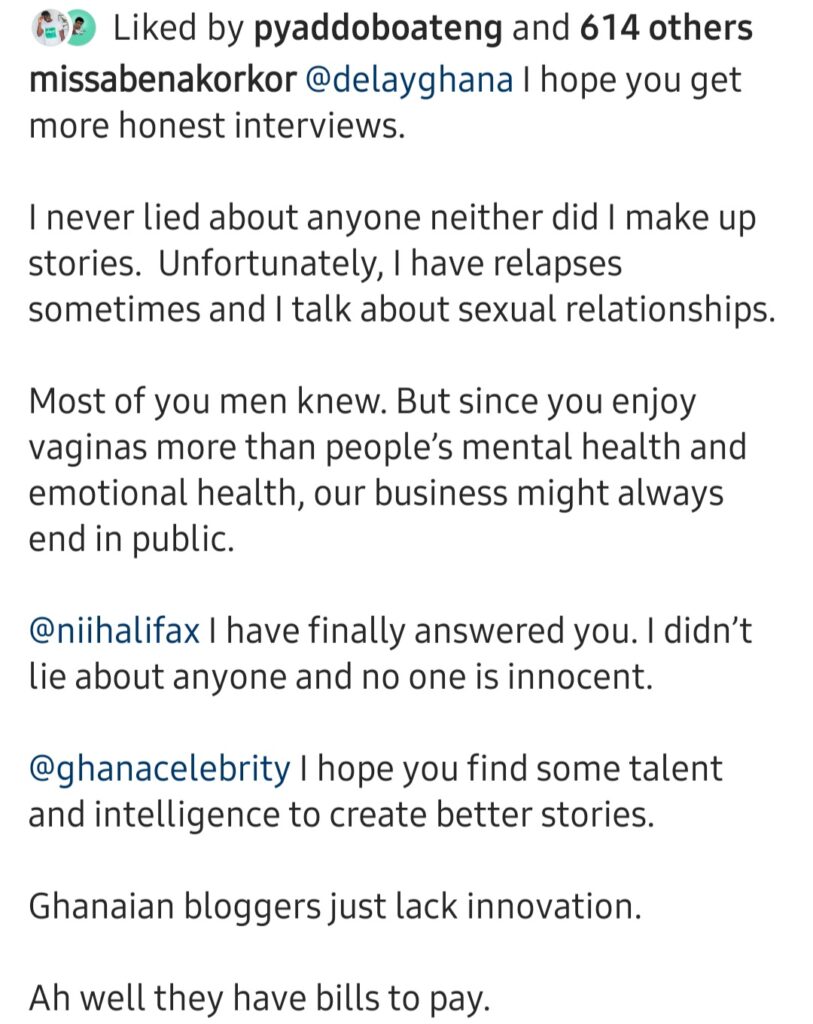