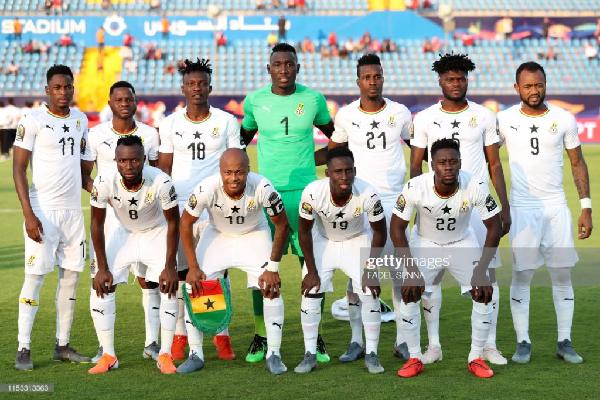 Ghana kicked off it’s Qatar 2022 world qualifiers with a slim win over Ethiopia at the Cape Coast stadium courtesy a goal keeping error after a long range effort from Wakasu Mubarack.

The China based midfielder scored the only goal as the Black Stars marched on to record their first victory in the World Cup qualifiers.

With Zimbabwe holding South Africa at home to a drawn results, the Black Stars needed to win to secure top spot in the group.

The game started with the Ethiopians initially dominating with their possession football with Ghana occasionally making attempts at goal.

On 22nd minute, Andre Ayew meandered his way through the Ethiopians’ box but his last ditch shot was blocked by an opponent and the danger was later cleared.

The Black Stars finally found the opener on the 35th minute mark when Wakasu Mabarak sent in a long range shot which surprisingly went through the legs of the Ethiopian goalkeeper.

Ethiopia again dominated possession in the second half but could not find away around the Ghana defense.

READ:  The damage is enormous but we will fix it - Roads Minister assures residents of Upper West

Ethiopia nearly found the equaliser in the 83rd minute but goalkeeper Richard Ofori made a wonderful effort to save the ball.

Ghana held on to the solitary goal to until the referee brought proceedings to an end.

Ghana thus top Group G with three points with South Africa and Zimbabwe on a point each with the Ethiopians with no point.