Well, the adage “what men can do, women can do and do better” is taking its full force as astonishing revelations have begun pouring out concerning what that slogan holds for women.

Often, we hear of men having sex with women and use their vaginal fluids for money rituals. Gradually, the women are copying the men ‘boot for boot’ as we have sighted a Whatsapp conversation which revealed slay queens in Ghana now trade sperms for money.

They have established a cult called ‘Sisterhood Money Convent Club’ in East Legon in the capital, Accra, where the slay queens send sperms of the men they have sex with, in exchange for money.

READ:  Press Your Middle Finger On Your Forehead For A Minute, This Will Happen To Your Body

A senior member, introducing the club to a new person said: “Sisterhood Money Convent Club is all about making money and traveling to places of your choice”.

In the leaked Whatsapp chat, she wrote: “Sisterhood Money Convent is all about sleeping with a guy and bringing his sperm in exchange for money”.

According to her, the club pays $500 per sperm produced and a lot of Ghanaian young girls are “enjoying themselves” in the already booming business.

However, where the sperms collected are taken to, was not immediately disclosed in the conversation.

Below are screenshots of the WhatsApp communication: 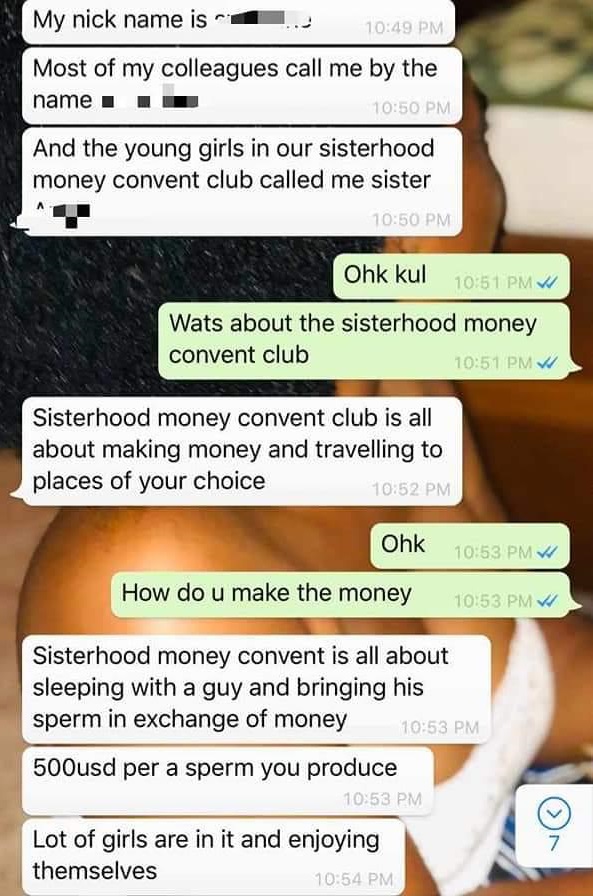 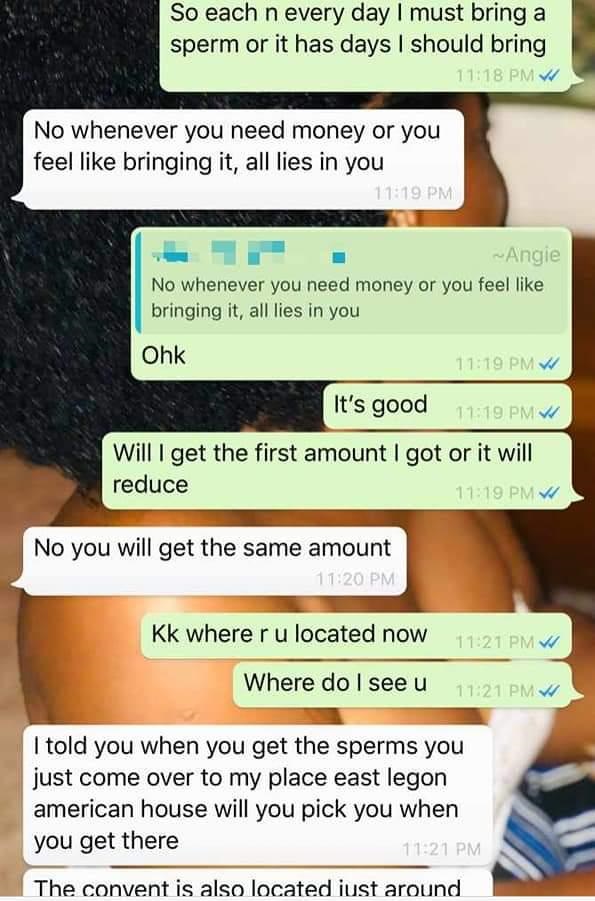 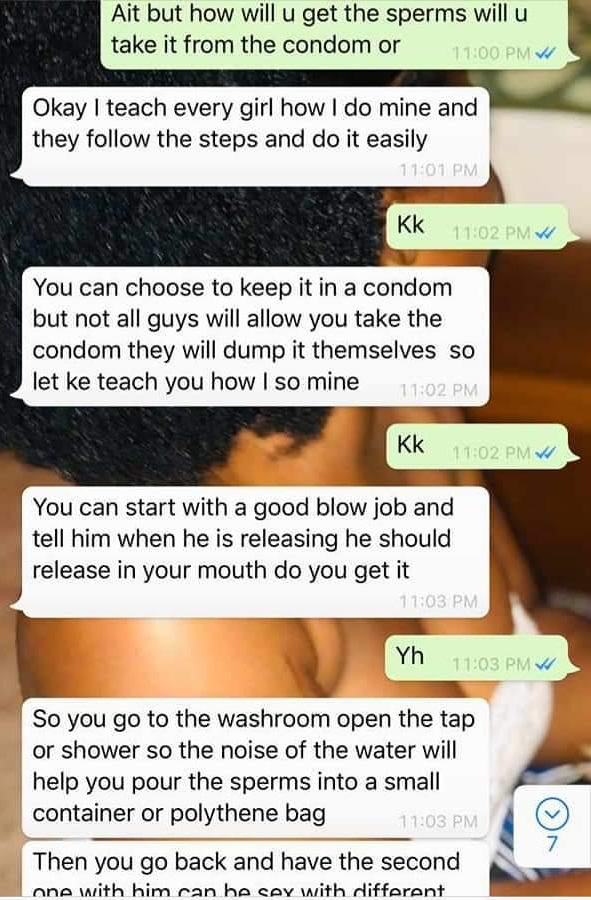 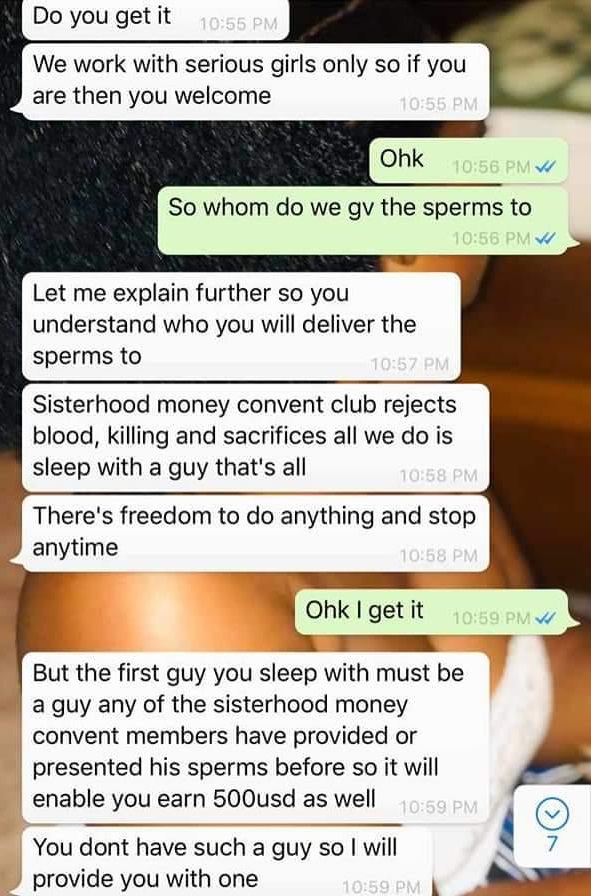 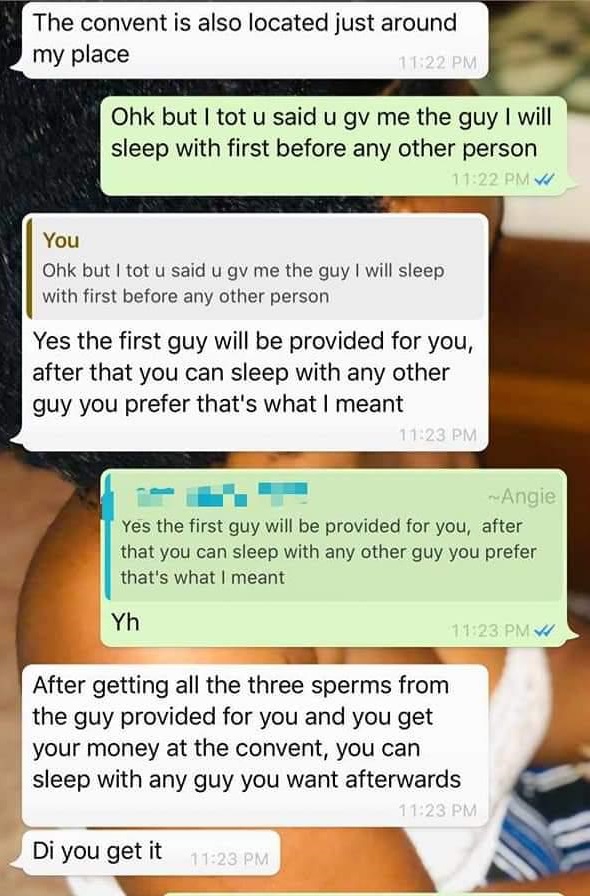 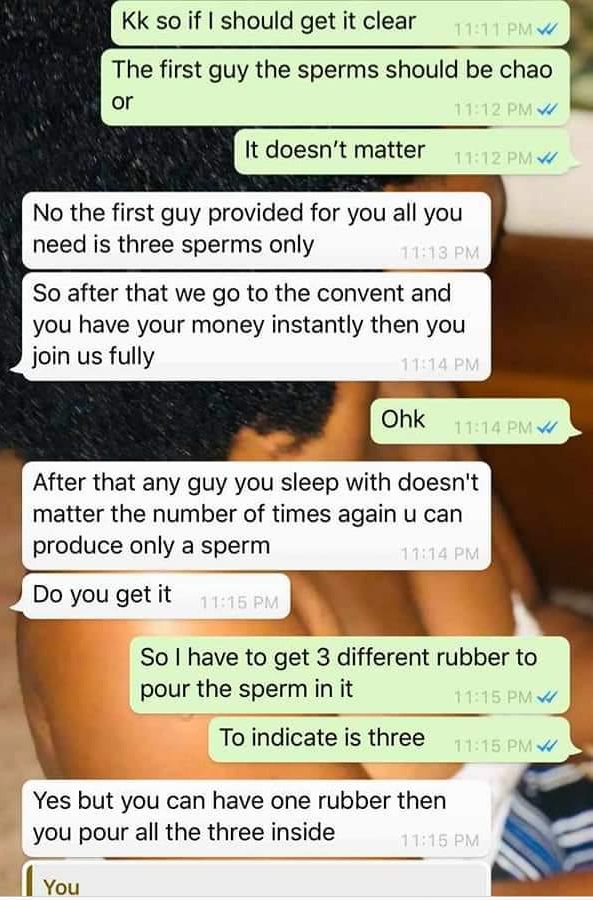 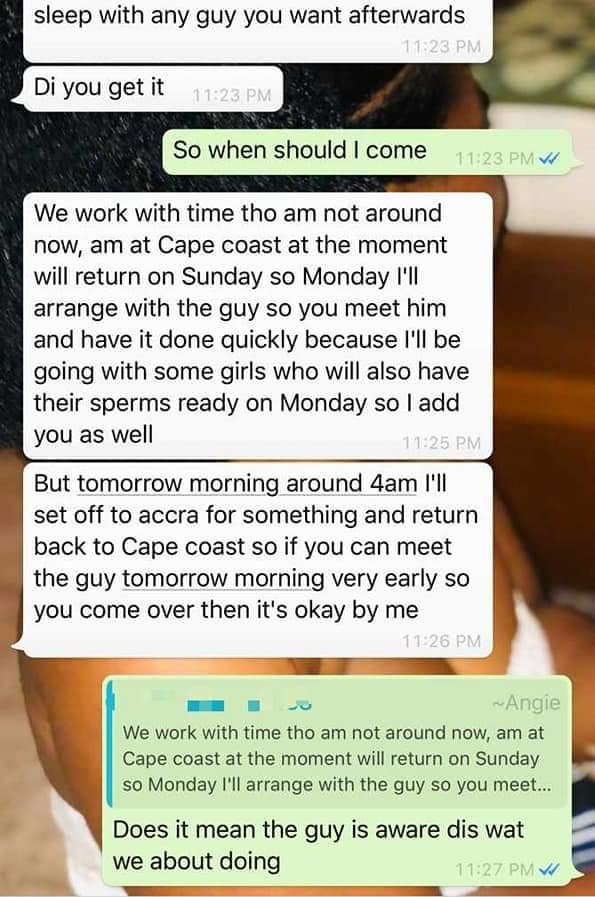 Date Rush: Fatima Shows Off Her 11 Body Piercings As She...