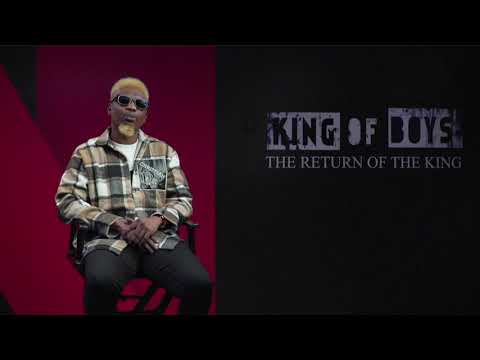 Three years after the release of “King of Boys,” the much-anticipated sequel to one of the highest-grossing Nollywood films of all time, “King of Boys: The Return of the King” debuted on Netflix as a seven-episode series on Friday, August 27.

Sola Sobowale and Toni Tones reprise their roles as Eniola Salami in the political/crime drama, which begins with Eniola’s triumphal homecoming after a five-year exile. It focuses on Eniola Salami’s never-ending quest for power.

READ:  Man kills another for taking position he was sacked from

Reminisce, who portrays Makanaki in the film directed and produced by Kemi Adetiba, spoke with BellaNaija about his experience on the project, his most memorable moments while filming, and we even got him to try a tongue twister.

Check out Reminisce’s interview below: