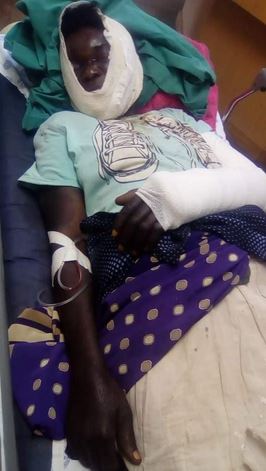 An elderly woman in N’wa-dzekudzeku village outside Giyani in Limpopo, South Africa is currently battling for her life after she was beaten to a coma by her neighbours who accused her of stealing their chicken.

A source who spoke to local media on Friday, August 27, said the victim sustained serious injuries and currently hospitalised.

“We have no idea what they used to beat her, but her arm is broken. They even cut off her lower lips and she is now fighting for her life at the hospital,” the source added.

Confirming the incident, Giyani Police said that no case has been opened yet since the victim is still in coma. 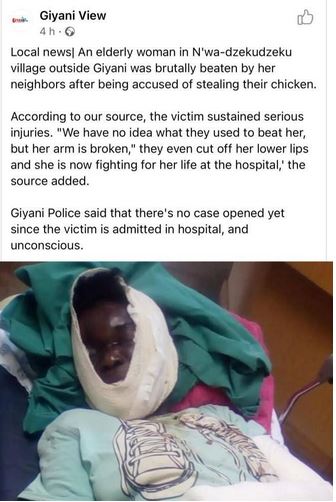