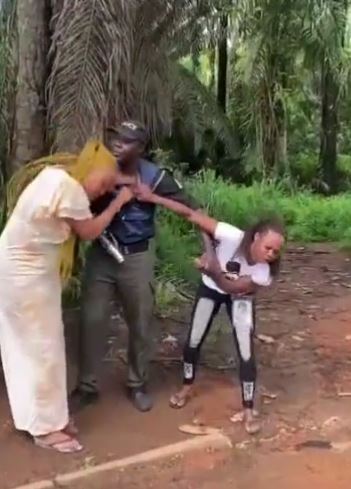 A video has surfaced online showing the moment a police officer who allegedly assaulted two women during a stop and search exercise with his gun was dragged by the victims.

READ:  Basketmouth Shares First Photo of His New Baby Girl & She Is Beyond Adorable

The women, one of them married, could be seen with injuries on their bodies. One of the women who wept profusely was bleeding from the mouth.

READ:  BBNaija: Why I auditioned for reality show - Michael

A man filming the whole incident alleged that the women were assaulted by the police officer.

He however did not state when the incident happened.

READ:  BBNaija: I was in labour for four days - Jackie B

Watch the video of the incident below;