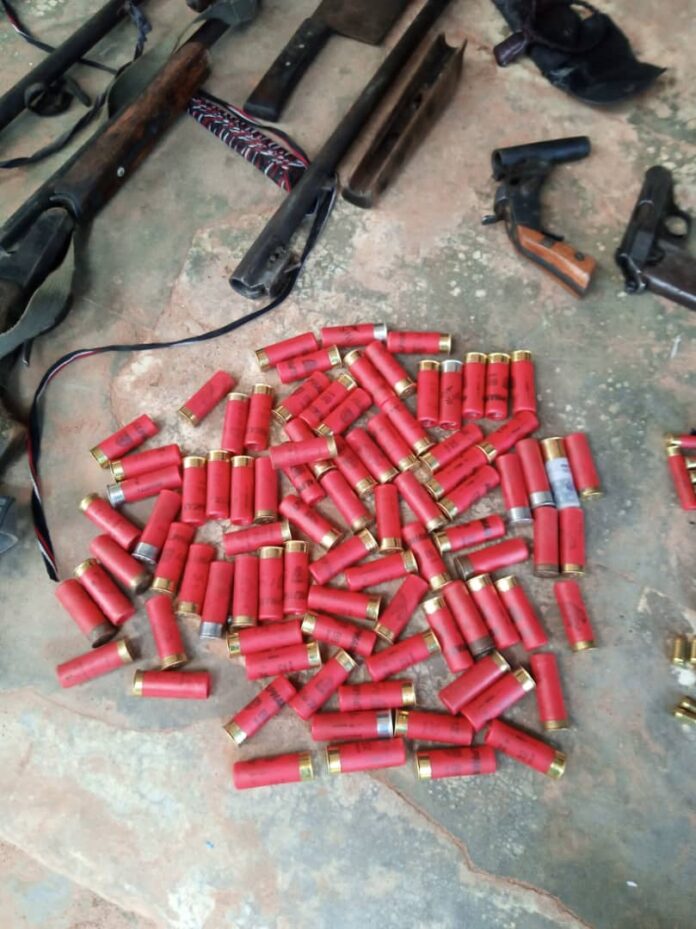 The Anti Armed robbery squad deployed to the Eastern Region by the acting Inspector General Of Police Dr. George Akuffo Dampare has arrested 22 suspects including a Fulani Chief in Donkorkrom in the Afram Plains.

The suspects were in possession of weapons cache and ammunition.

The weapons and ammunition were retrieved upon a search conducted on them and the pickup vehicle they were onboard.

A search was extended to the rooms of suspect Iddrisa Sambo and Issaka Ali at Donkorkrom Zongo and at one of the rooms of Idrissa Sambo, twelve (12) BB cartridges were found.

He said they will be arraigned before court subsequently.

Notorious armed robbers have been terrorizing residents in the Afram Plains area for over two decades.

The rampant highway robbery attacks have resulted in deaths, injuries, and loss of monies and personnel effects of their victims.

The latest robbery attack was recorded on Friday, August 13, 2021, in which the highway robbers attacked passengers onboard a Sprinter Bus from Nkawkaw en route to Donkorkrom in Afram Plains North District at about 7:00 pm.