One of nature’s marvels, an Egg-eater eating a large chicken egg!

This is a Southern Brown Egg-eater that I removed from a home in Westville last week. Before releasing it, I decided to offer it a meal, a large chicken egg from Pick’n Pay! I went to check on the snake 15 minutes later after I had put the egg in, and there it was sitting with the whole chicken egg in its mouth- an incredible sight! It looked quite funny actually, very awkward.

Snakes have flexible jaws, which allows them to stretch over large prey items. They do not dislocate their jaws to do so. Once this snake had the egg in its mouth, I could hear the egg cracking loudly! It was using its muscles to crack open the egg while pressing the egg against bones from the vertebrae.

It was absolutely amazing to watch it basically crack the egg open, drinks the yolk and contents, and once it’s done, it regurgitates the crunched up shell out! It comes out in a nice little package, how neat.Egg-eaters are completely harmless, and don’t even have teeth to bite with! They can be a pest to chicken farmers and bird breeders, you can see why…Nature is just awe-inspiring, and it’s always a privilege to see it in action!

READ:  I Killed My Mother And Slept With Her Dead Body – Teenager Confesses (Video) 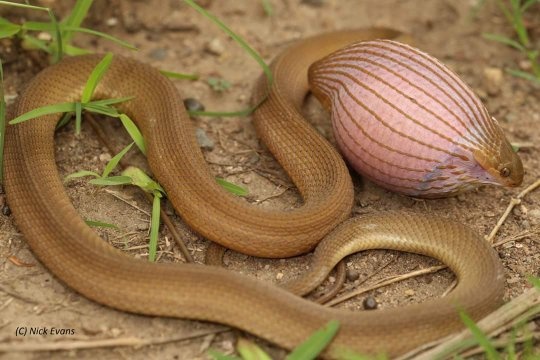 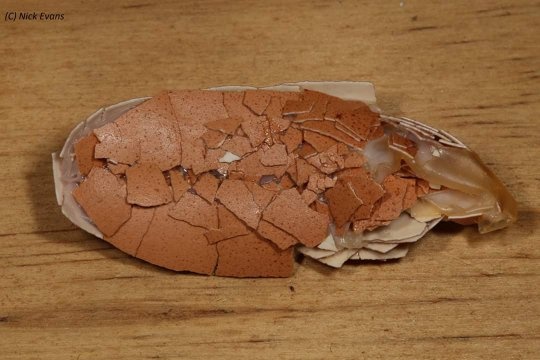