Heavy rain in the UK has caused many streets to be flooded as drainage systems struggled to cope.

As residents try to deal with the flood, one Glasgow resident, who is currently unable to leave his flat, spotted a dramatic sight that he captured and shared online. 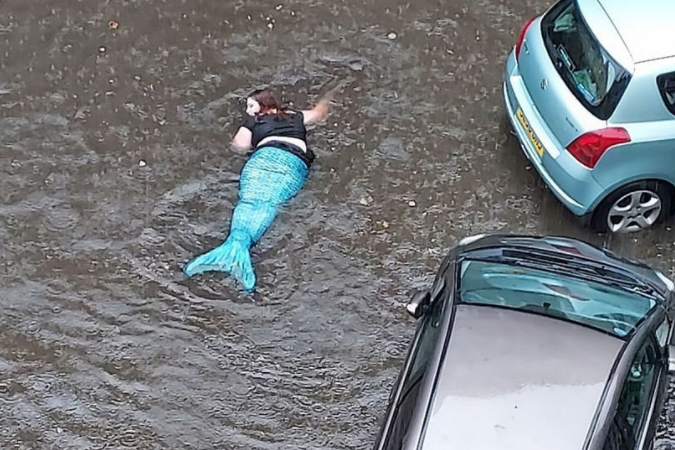 Gavin Millar, who snapped the photos, was looking out of his top floor apartment in a flat in Battlefield Gardens on the south side of the city, when he saw a mermaid swim past his window yesterday, August 7.

The rainwater had turned his street into more of a canal when he spotted the woman wearing a mermaid outfit attempting to swim in the floodwater.

However, people are convinced the “mermaid” is just a woman doing a photoshoot. 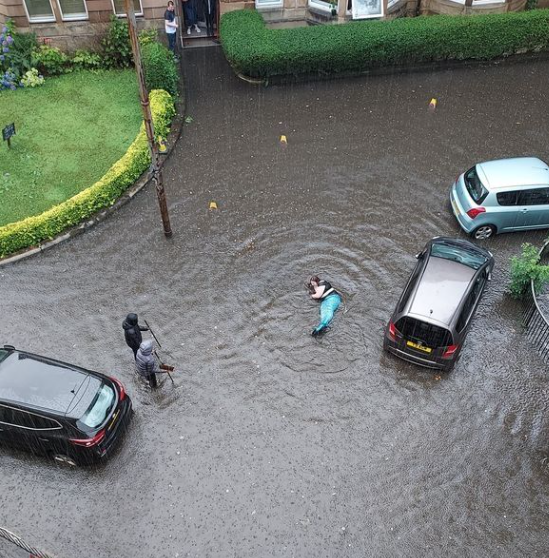 Yoruba Nation: I won’t return to Nigeria until Igboho is released – Akintoye