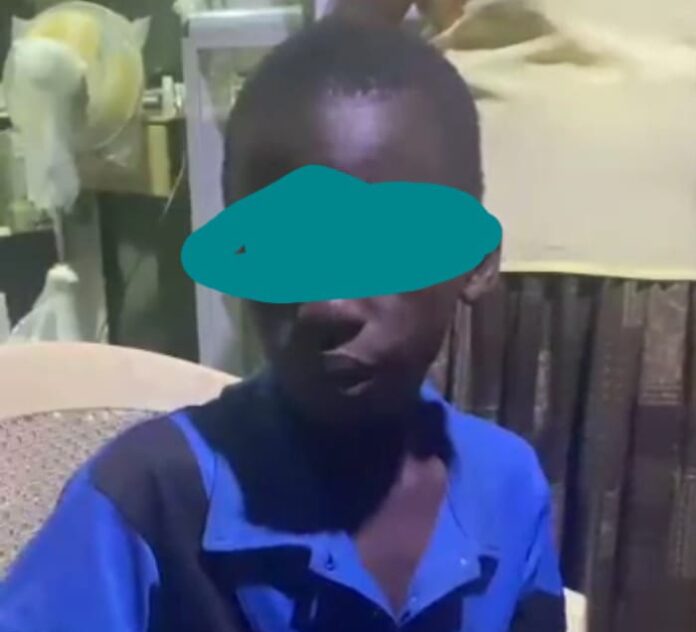 A nine-year-old boy Philip Ametepey has escaped from his alleged kidnappers who placed him in a sack at Kasoa Transformer in the Awutu Senya East District of the Central Region.

According to the boy, the kidnappers forced him into a sack, but he managed to escape.

READ:  Fitch revises outlook of 2 Nigerian banks operating in Ghana to negative but affirms IDR at 'B'

Explaining his ordeal, the little boy said his mother sent him to buy a blade, and on his return, he met his abductors.

He said he was tied and placed in a sack but he remembered the blade he had gone to buy and used it to cut the sack and eventually managed to escape.

READ:  NPP must dig into TESCON for new crop of sharper communicators to counter NDC

The incident happened on the evening of Thursday, September 2 around 7:30 PM.

”I was really suffering in the sack but when I remembered that my mum’s blade was in my pocket I removed it and used to cut the sack and I escaped without them noticing,” he narrated.

The Kasoa Regional Police Command has commenced investigation into the matter.

No arrest has been made so far.