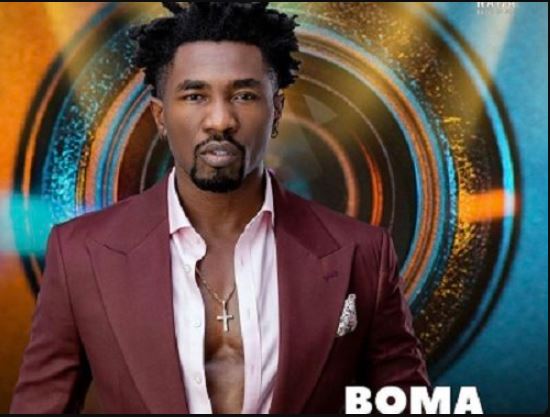 BBNaija housemate, Boma has said he doesn’t want to be famous and broke.

The former Head Of House made the revelation during a general conversation with other housemates left in the House.

“I’m all about the money here, I love the money. I don’t want to be famous and remain broke. If I’m rich and no fame, then it’s fine but I want the money,” he said.

During his time with the 16 other housemates, Boma disclosed that it’s been difficult trying to stay focused in the house.

Boma also said a lot of people do not know how emotional he can be.

“It’s been difficult trying to be focused in the house. I’m very emotional and people don’t really know because I try to put up a face,” he said