Dr Dominic Obeng- Andoh, the Ghanaian doctor famed for transforming the ‘undesirable’ parts of women has been trending all week.

It has emerged that he masterminded the death of Stacy Ofeei Darko, Deputy Chief Executive Officer for National Entrepreneurship Innovation Programme (NEIP) after one of his processes to change the lady’s thighs went horribly wrong which resulted in her death.

The late Stacy, according to the report, is the baby mama of Kennedy Agyapong, NPP MP for Assin Central. The report suggests that the medical credibility of Dr Obeng Andoh is highly questionable as there have been several complaints about his procedure, which has either deformed or killed some of her patients.

He has been arrested on a few occasions but he always manages to find a way to defend himself and continue with his trade.

In the foregoing, a list of celebrities who have patronized his services has been leaked. Recall that ‘almighty’ Moesha Bodoung was said to be one of her clients by Abena Moet.

READ:  Kwesi Arthur has been relevant in the Ghana Music Industry without making noise

You do remember that story, don’t you?

See below for a chat between an unnamed celeb and the doctor:

In a related development, loud-mouth TV and radio personality, Afia Schwarzenegger has vowed to release the names of her colleagues who have augmented their bodies by the kind courtesy of the embattled doctor who is currently in police custody.

READ:  See 10 Ways To Know An Occult Practitioner And What To Do When You Come Across Any 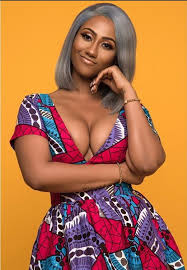 4. Juliet Ibrahim (A musician and Actress)