An NGO has rescued a homeless 9-year-old girl in Calabar, the Cross River state capital after she was allegedly kicked out of the house by her boss identified simply as Mrs Rose.

The girl identified as Esther Samuel, an orphan, was found in the rain on Friday night, March 12.

READ:  ‘After 5 Years Of Being Barren I Gave Birth To 44 Disable Children’ -Woman Cries Out [PHOTOS/VIDEO]

According to the Basic Rights Counsel Initiative, the girl said that the woman kicked her out of the house for not selling enough sachet water.

“On the night of Friday of March 2021, a volunteer found a little girl in the rain and homeless. She was brought to the BRCI emergency shelter, upon further investigation it was discovered that she ( Esther Samuel , 9years) was chased out of the house by one Mrs Rose whose address she cannot trace. She is an orphan and from Akpabuyo LGA. Please anyone with knowledge of her relatives should please contact BRCI at 15 Kings Street Big Qua or contact 08090123666 / 09060426199” 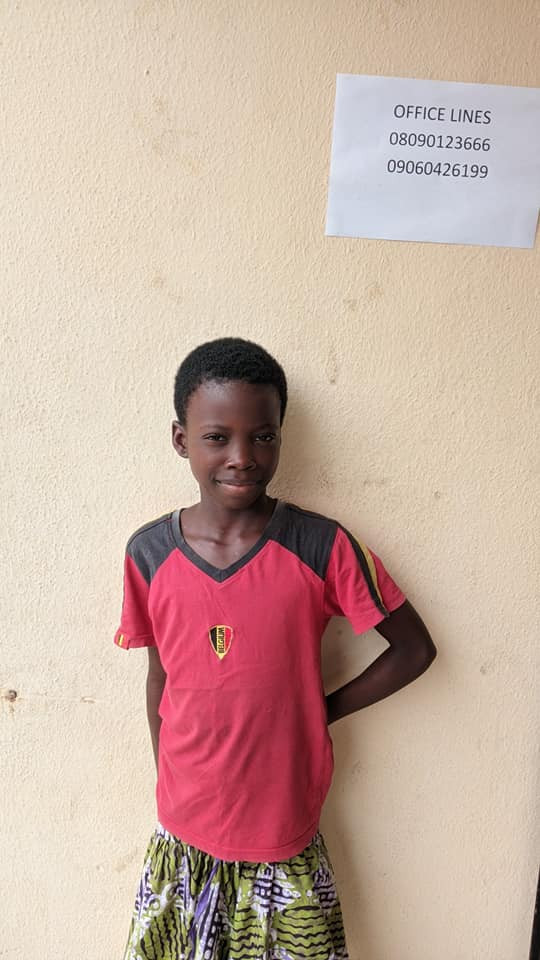 The girl at BRCI emergency shelter after her rescue 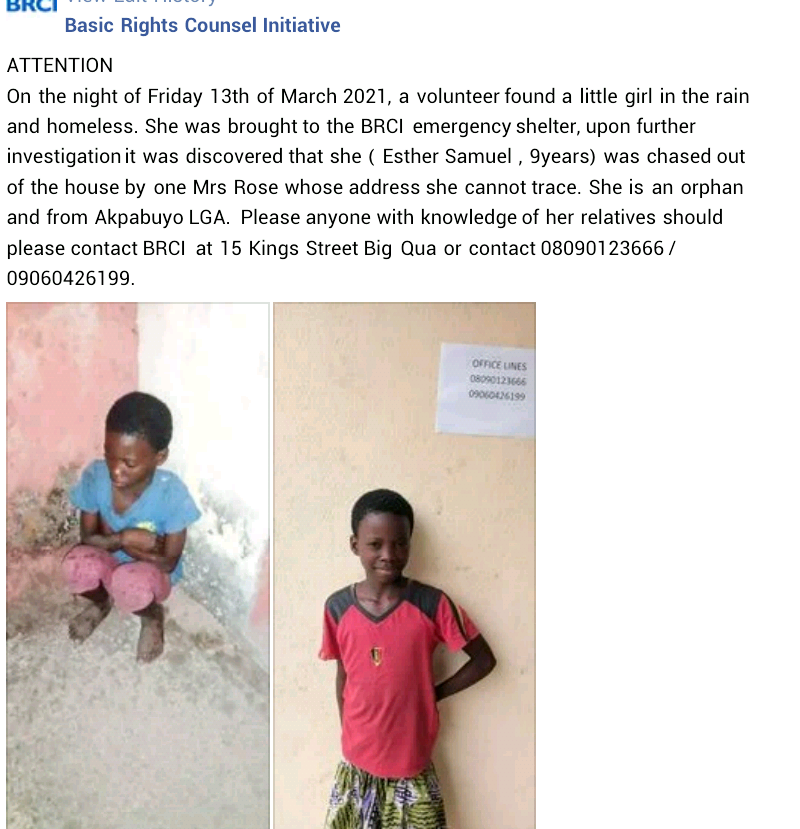