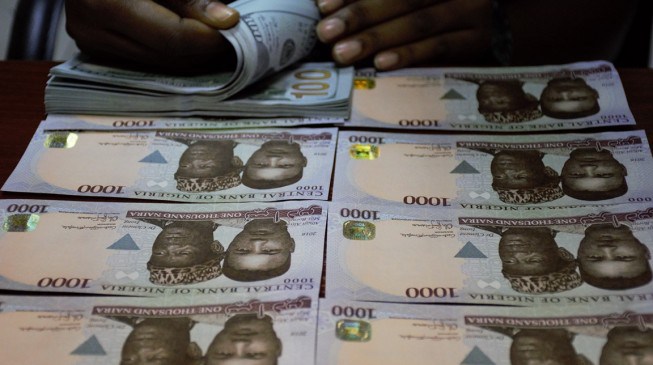 Daily Post reports that a Gwagwalada Chief Magistrates’ Court on Thursday ordered that 8 Nigerians, who allegedly printed fake N98 million and US$1,487,700, be remanded in Suleja Correctional Centre.

The Department of State Services (DSS) had charged the suspects – seven men and one woman to court.

READ:  I Didn’t Make Love To Pere, We Can Never Be Friends – Maria Reveals

Victor Ejelonu, the prosecution counsel told the court that the defendants and others (at large), between January and July 2021, conspired to defraud members of the public.

Ejelonu said they printed fake naira and dollar notes with the intent of using them as a genuine instrument to scam innocent people.

READ:  Johnny Drille's Debut Album "Before We Fall Asleep" is a Must Listen

The offences contravened the provisions of sections 96 and 368 of the Penal Code.

Simon Okoro, counsel to the first, second and fifth defendants, prayed the court to grant his clients bail in the most liberal terms.

He cited sections 158 and 162 of the Administration of Criminal Justice Act (ACJA).

READ:  Michaela Coel is Joining the Cast of "Black Panther 2"

Other defence counsels include Chinyere Muoneme and M. D. Ayodele.

Shafa rejected an oral bail application from the lawyers due to the gravity of the offence. The matter was adjourned until September 13.