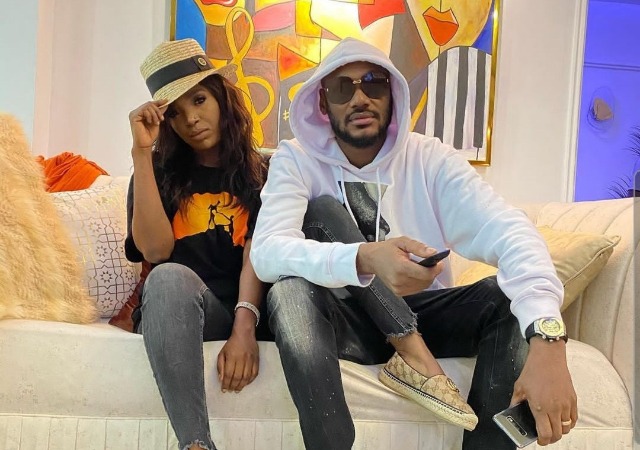 Pero Adeniyi, one of pop star, 2Baba’s baby mamas and mother of three, has kept mute amidst the infidelity claims directed at her by the singer’s wife, Annie Idibia, on social media.

In a series of Instagram posts, which have since been deleted, Annie claimed that 2Baba had been having a romantic relationship with Pero under the guise of co-parenting. She further claimed that his family never accepted nor found her worthy.

She wrote in part, “What kind of man takes his kids to Disney (Land) and spends nights in the same apartment with his kids and their mother! How many times have you gone to see your kids with Pero and she stays with you and the kids under the same roof for nights? Your baby mamas constantly use your children as an excuse for all sorts of rubbish! I try to stay gracious. You’re not the first man on the planet to have kids by different women. You can do better. Everything I do is to show the good human that you are, but today, this move by you, Efe, Frankie, and your family is unacceptable.”

Even though Annie’s outburst attracted mixed reactions on social media, 2Baba and his manager, Efe Omorogbe, have not responded to her accusations. However, 2Baba’s younger brother, Charles, responded to Annie’s claim, stating that the family had been very ‘peaceful’ towards her. The now deleted post read in part, “You got married into a family of peace lovers. So peaceful that it’s actually an Idibia family flaw, as I have come to realise. Perhaps this has made you think that we must be fools, but trust me, we are not.”

Responding to his post, Annie, in a now deleted comment, wrote, “Maybe you all don’t know that your brother is tired. Everyone trying to suck him dry. Because you have a successful brother, na that wan make you lazy (that is why you are lazy). Sad!”

Meanwhile, several celebrities have reacted to the ongoing saga, with many of them urging the couple to settle their issues off social media.

READ:  "During Ever After" is Back with a New Season | Watch Episode 1

Efforts to reach Adeniyi and Omorogbe proved abortive as of the time of filing this report.