In a social media post, Dr Boamah said the school reached out to him in 2018 to confer an honorary doctorate degree on him but he rejected the offer.

However, that did not deter the school who came back again in 2019 with the same offer which he again rejected.

He noted that between 2014 and 2016, he rejected two honorary titles from two different institutions.

As part of his message of caution, he urged the general public to study if they need titles badly and not become victims of scams.

His post comes on the back of popular gospel singer, Sonnie Badu’s revelation of earning the title Doctor after bagging a Doctorate in Musicology and two other degrees.

READ:  “Each world cup qualifying match of the Black Stars will cost the state at least $700k” – Sports Minister

The composer announced that he had been awarded a Bachelor’s degree in Ministry and Master’s degree in Christian leadership at the Trinity International University.

However, netizens questioned the authenticity of the said degrees. 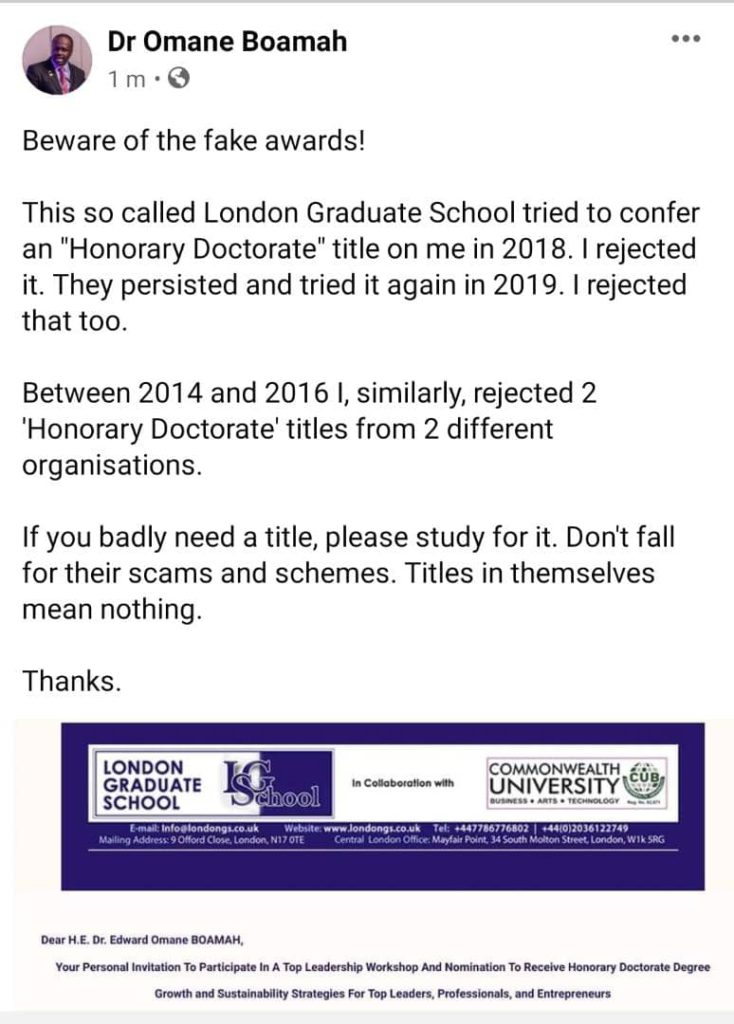 Melinda receives 1.8 billion in stocks from Bill Gates; Is she joining the league of richest women in the world?

Galamsey man weeps like a baby seeing his excavator in flames

10 Celebrities Most Ghanaian Men are Crushing on – See Who...